The Canadian province of Ontario is marking its first “Hellenic Heritage Month” to coincide with the anniversary of the Greek War of Independence against the Ottoman Empire on March 25th.

Speaking recently in the chamber, Triantafilopoulos, Vice-Chair of the Standing Committee on Justice Policy, said that the occasion “celebrates the contributions of Hellenes and Hellenic culture to our great province of Ontario, to Canada and the world.”

“Greeks gave us the first democracy in ancient Athens. Greek philosophy, medicine, science, history and much more are vital part of the cultural foundation of western countries.”

“The Heritage month also honors the many Canadians of Hellenic descend whose families came to Canada seeking a better life,” she added.

Honoured to speak today to recognize #March as #HellenicHeritageMonth in #Ontario and the significant contributions of Hellenic Canadians to our province and country. TY to the distinguished Greek leaders for joining me on this momentous occasion.#OakvilleNorth–#BurlOn #OnPoli 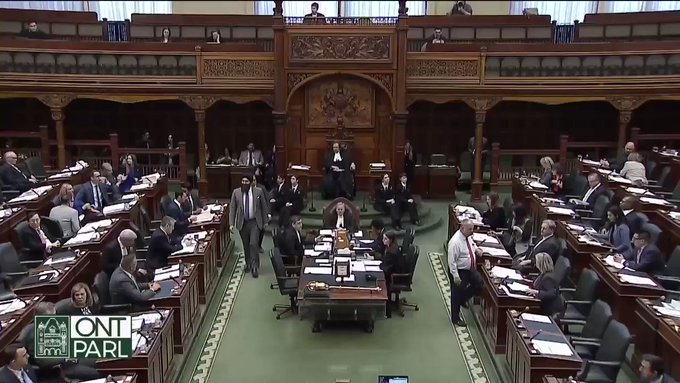 Honoured to join fellow MPP @Effie_ONB and fellow colleagues to recognize Ontario’s first Hellenic Heritage Month, a month to recognize and celebrate contributions of the Greek-Canadian community to our province and country.